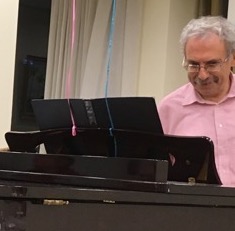 Alexander Volokh is a graduate of the Music Academy of Tashkent. Upon graduation, he served as a performance as well as rehearsal accompanist for the singers of the Tashkent Opera and took part in the opera’s tour of the former USSR. In parallel, he served as an accompanist in vocal classes at the music academy. Since his immigration to Israel in 1990, he has been the pianist of the Tel Aviv Chamber Choir, while also teaching at the Holon Conservatory and accompanying singers of the Israel Opera.